$187.00 plus $9.00 shipping. Payable in monthly installments.
http://www.danburymint.com/jewelry/prod/Wizard-of-Oz-Ruby-Slippers-Pendant_12731.aspx
Posted by Sharon at 3:24 PM

Wherever your Oz fandom lies or whatever your needs may be, there's sure to be a 2011 calendar to suit you!! Lots to choose from this year. 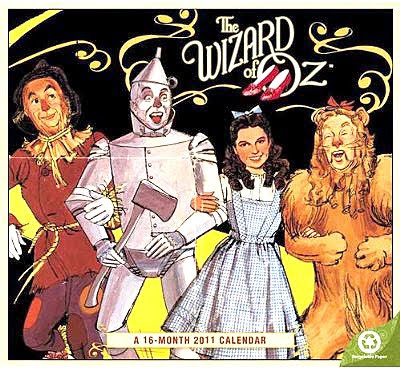 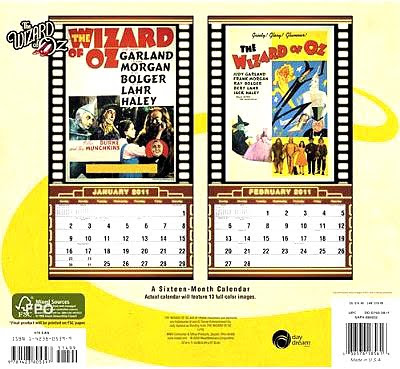 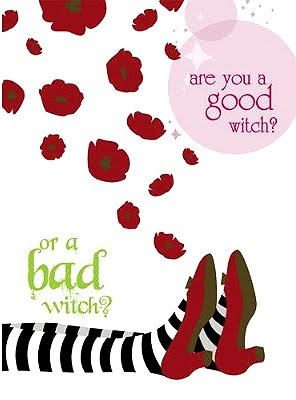 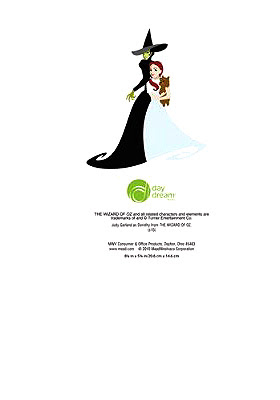 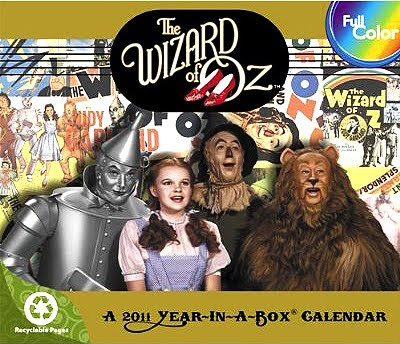 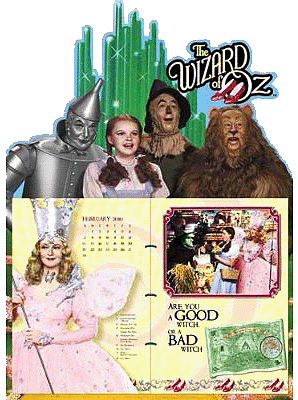 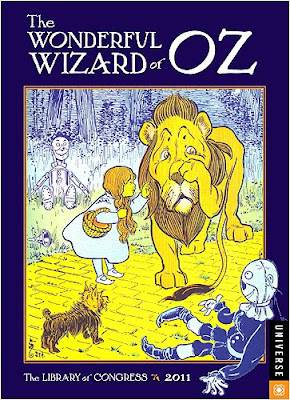 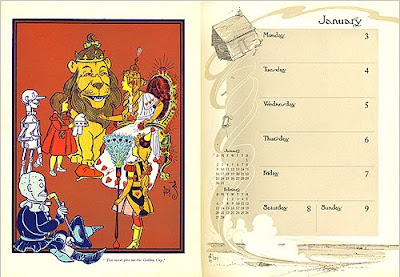 Also listed on Barnes and Noble.com are Wicked Engagement and Wall calendars.
Posted by Sharon at 11:43 PM 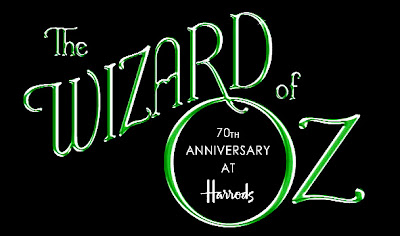 Christmas is a time for fantasy, magic, and goodwill toward all. What better theme to encompass the spirit of the season than the Wizard of Oz? Warner Brothers Consumer Products and Harrods department store in commemorated the 70th anniversary in grand style with hopes of generating much needed donations for The Great Ormond Street Hospital, the Elton John Aids Foundation, and The Retired Greyhound Trust.

Harrods underwent a dazzling months long transformation and integrated the Wizard of Oz into all seasonal festivities. decorating began in July and the 10,000 square foot Christmas department in August. Christmas World was divided into color coordinated sections titled with Ozzy names. The store website featured lovely Oz graphics to promote holiday fare. During the annual Christmas parade several tap dancing Dorothys and costumed characters of the Scarecrow, the Tin Man, and the Cowardly Lion heralded the arrival of Father Christmas who gave children souvenir Wizard of Oz storybooks. Harrods hosted the Emerald City Ball gala event with 100% of the proceeds benefiting the Elton John Aids Foundation. The Pet-a-Porter fashion show featured several Oz costumes for our canine companions. Profits were donated to The Retired Greyhound Trust. The Oz motif enveloped the store inside and out. After nightfall, Harrods’ 11,500 light bulbs cast an ethereal green glow over ’s streets in homage to the . Magnificent window scenes from The Wizard of Oz were painstakingly recreated 21st century Harrods style. Seven mannequin costumes were created by Vicky Barkess and Dance Sport International giving conventional Oz characters a “glitz and glamour makeover.” The suit worn by the Tin Man weighed 22 pounds and sparkled with 85,000 hand applied Preciosa rhinestones. More than 656 feet of fabric was used for maximum dramatic effect as the Wicked Witch of the West stands over a fearful Dorothy while menacing winged monkeys and a feisty Toto look on. Shoppers and tourists crammed the sidewalks to take in the Ozian splendor.

The pièce de résistance of the exterior décor was a gargantuan pair of Ruby Slippers installed on on December 1, giving the illusion that Harrods has vanquished the Wicked Witch of the East. Passersby were greeted (or perhaps startled!) by a 12 foot high pair of Ruby Slippers on striped legs that protruded 22 feet from the building. More than 45,000 Czech crystals were donated by Preciosa for added luster.

Once inside, visitors were pleasantly inundated with Oz. Banners hung from the ceiling and the yellow brick road was underfoot. Stills and television monitors playing the 70th anniversary edition of the film were everywhere. Oz songs were interspersed with Christmas carols. Even the escalator stairwells were ozified. A Tin Man made of Fissler stainless steel pots and pans was poised in the cookware department. Seventeen pairs of shoes from The Ruby Slipper Collection were on display in the women’s shoe department. 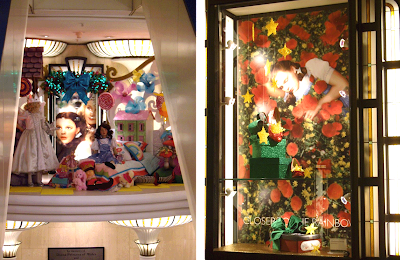 Amidst all the spectacle, Harrods stocked up on tangible “wizorabilia” such as original works of art, novelties from Half Moon Bay, ornaments, dolls, 70th anniversary DVD sets, designer purses and limited edition Ruby Slippers. A small nook in Christmas World was dubbed The Ruby Slipper Boudoir complete with sales girls wearing Dorothy attire. The shoes were made in a Mary Jane style for children and 2 ½” heeled pumps for juniors and women. The shoes aren’t exact replicas of the shoes in the film, but they sparkle brilliantly nonetheless. Reportedly, 4000 pairs were made and were strictly limited to one pair per person. They arrived in two shipments which sold out very quickly. The shoes were affordably priced between $30.41 and $45.65 and packaged in an attractive Harrods Wizard of Oz 70th anniversary gift box. A portion of the proceeds was donated to the . All of the “wizorabilia” was very popular, but the Ruby Slippers were the stars of the season. 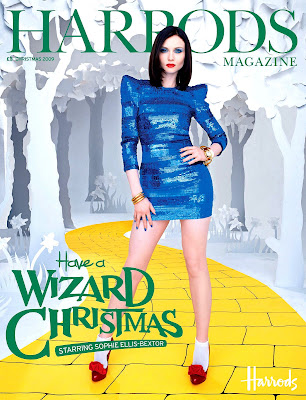 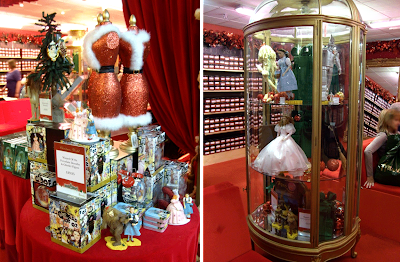 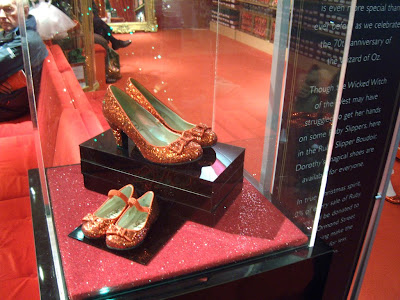 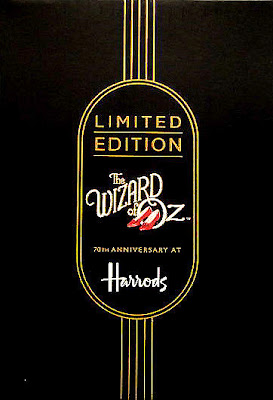 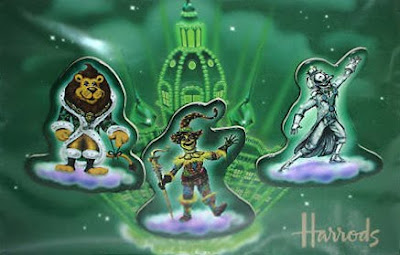 Harrods launched their most ambitious holiday display to date and created a wonderland of enchantment that will not soon be forgotten. Harrods most assuredly makes a difference in the lives of those less fortunate by bringing attention to charities in need of our assistance. Isn’t helping others a big part of what The Wizard of Oz is all about? Thank you Harrods and Warner Brothers Consumer Products for your support of these worthwhile causes.

Escada Swarovski Crystal Shoes advertised as a 2009 update on the Ruby Slippers Edition of 15 $896.12

Please peruse the links below to see the gorgeous Harrods windows and various events staged for the holidays.